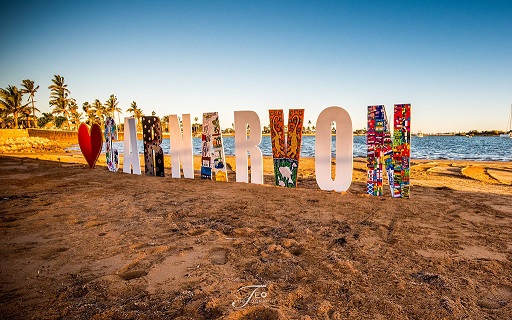 Carnarvon is also the regional gateway to The Gascoyne tourist experience which provides a spectacular pristine wilderness experience on both land and sea. The unique value of the seascape and landscape has been acknowledged with Shark Bay in the south of the Gascoyne being listed as a World Heritage area and Ningaloo Reef in the north being considered for World Heritage listing.

The Ningaloo Reef is the focus of much tourism activity with a number of unique wildlife experiences available. These include swimming with the ocean’s largest fish the whale shark and the dramatic manta rays. The Ningaloo Reef is closely adjoined with the Cape Range National Park and a significant karst or cave system that contributes to the biodiversity of the reef.

Much of the Ningaloo Reef is conserved in sanctuary zones but there is allowance for recreational fishing and outside the Marine Park where game fishing is popular.

Shark Bay is home of the world famous Monkey Mia, one of the first places in the world where visitors were able to interact with wild dolphins. The unique hyper saline environment of Shark Bay sees it maintain some of the oldest life forms on earth. The bays are home to the largest sea grass ‘paddocks’ which attract many species to spawn and nurture their young.

The Shark Bay World Heritage Discovery Centre in Denham discusses all facets of the World Heritage listing, the Indigenous culture of the area as well as the unique place of Shark Bay in early the discovery of Australia.

Iconic features of the inland include the Kennedy Range National Park and Mt Augustus National Park both areas of significance for Indigenous people of the region. The history of inland settlement and the pastoral industry can be experienced through the Gascoyne Murchison Outback Pathways, a series of self drive discovery tours.